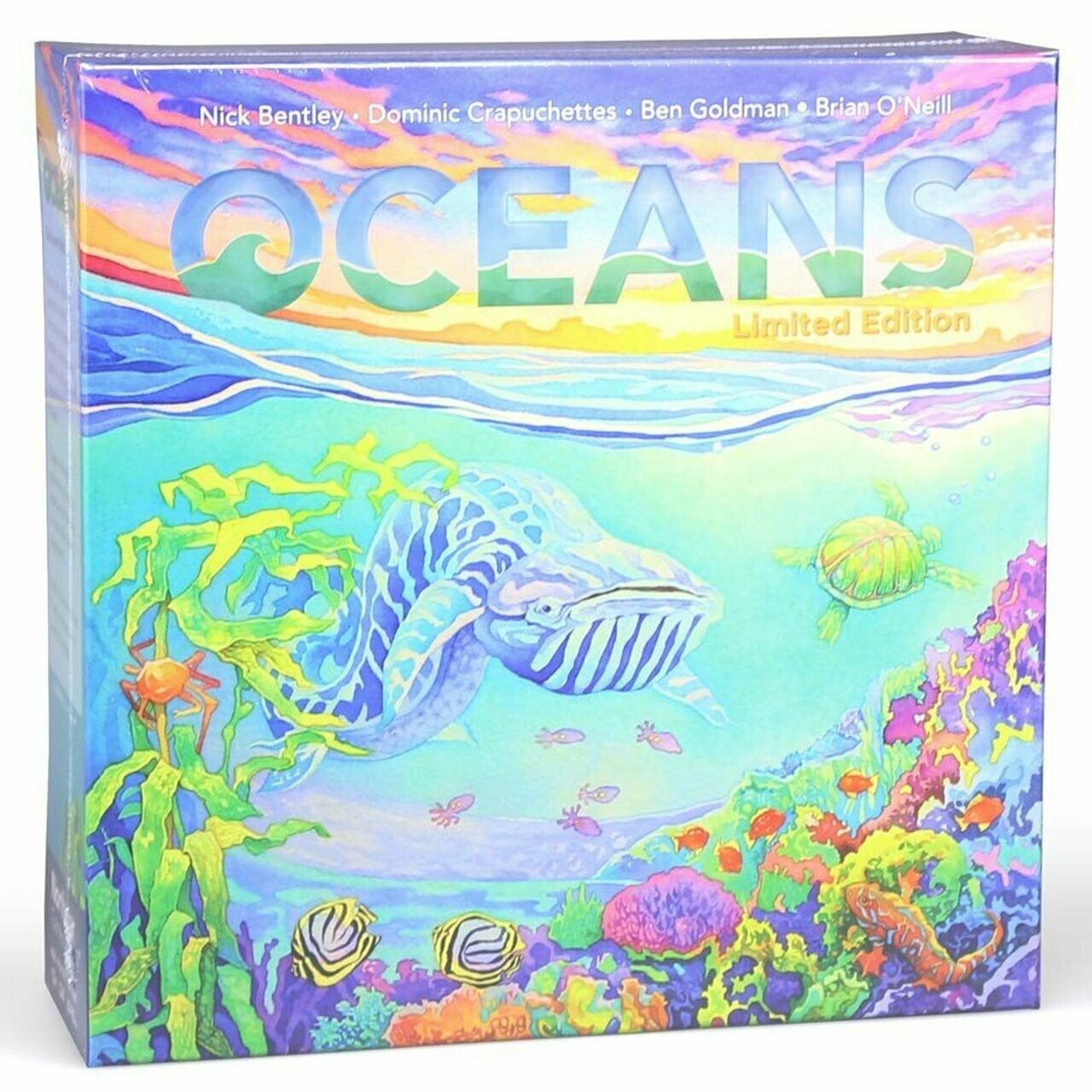 The first edition of Oceans will include Kickstarter 1st print bonus items including a 5-6 player expansion. and foiled Deep Traits. (see full contents below) The bonus items will not be included in future print runs.

Oceans is a 2-6 player strategy game in the Evolution game series where you create a vibrant web of marine life through millions of years of evolution.

The Evolution games are known for vivid themes, easy rules, and hidden depth. With many thousands of play-tests, years of non-stop design, over 100 unique illustrations, and more content than we've ever put into a game before, Oceans is our most ambitious project to date.

At the game's start, the only food source is plankton, the foundation of the ocean food web. It populates the beautifully illustrated Reef and Ocean boards. Your goal is to create and evolve species so they find their niche in the growing ecosystem, by giving them helpful combinations of traits.

Each species is defined by its population (the fish tokens above), and its traits (the cards above). Through the game It'll gain and lose traits, and gain and lose population depending on what it can eat, and what can eat it. Despite your best efforts, some species will go extinct! It's natural selection at work.

Because you can build species from any combination of traits, thousands of species are possible, and they all interact in their own particular ways as the ecosystem builds. Every game creates a one-of-a-kind world, never to be seen again.

Many species will be predators, each bigger than the next, all the way up to the dreaded apex predator. But some will eat in other ways, for example by scavenging on the sea bottom or filter-feeding on plankton. Below are examples of trait art - each a watercolor painting by famed nature artist Catherine Hamilton.